One of the ways I keep my dogs in shape in the off season is by doing weight pull training. I ordered a custom harness for Flint a few years ago and have been taking him to the woods a few times a week to pull some chains for a mile or so. Since he loves pulling in the woods, in June I entered him into a weight pull competition at UKC Premier in Kalamazoo Michigan to see how he'd do.
The first day he wouldn't pull the cart, which wasn't too surprising. It was his first time pulling something really heavy (the cart alone was 400lbs) and while he is physically capable of doing it, this is more of a mind game for him and he got stuck on not being able to immediately get the cart moving, so he thought he couldn't do it at all. He stood there and yelled at me until his time ran out, then the helpers gave the cart a push, which made him realize that maybe he could get it moving after all. The second day he got it, and ended up pulling 895lbs and placing fourth in his weight class before I withdrew him. He pulled for two more days and earned his UWP title. 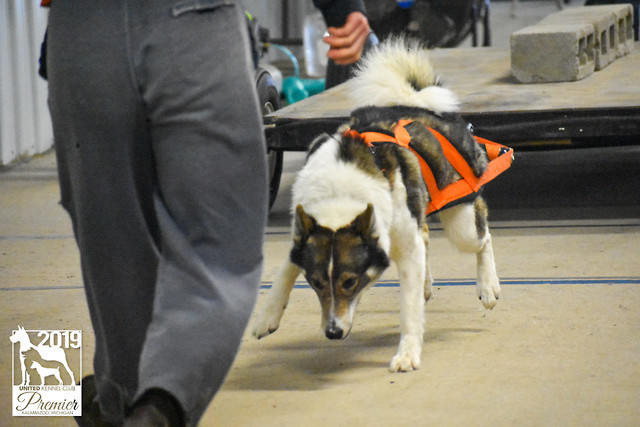 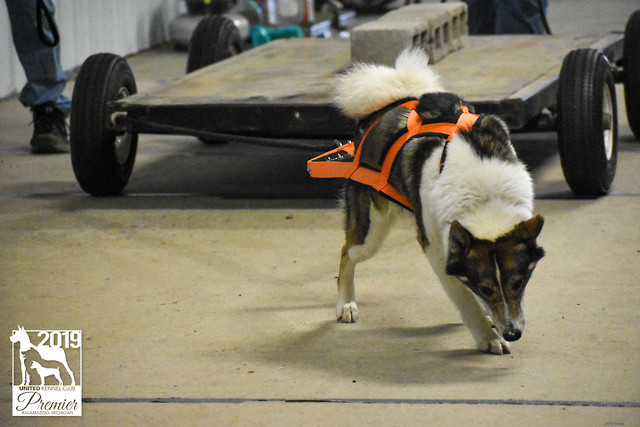 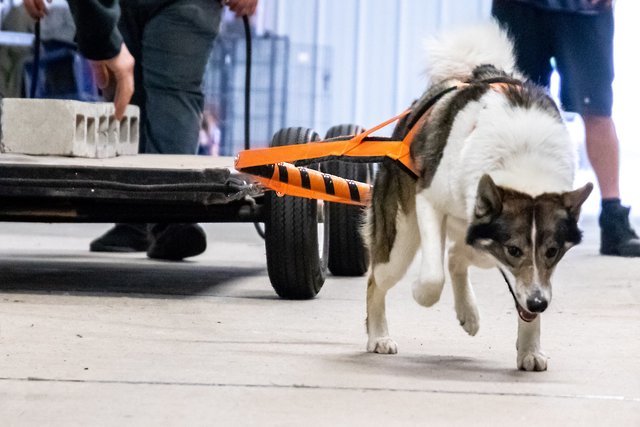